Patrick Rael is a Professor of History at the prestigious Bowdoin College in Maine. He was awarded a Ph.D. in 1995 in American History from the University of California, Berkeley. African-American history is Patrick’s specialty and he is the author of numerous essays and books.

Today we are going to talk about his seminar class, Historical Simulations, in which he works to answer the questions: Can board games teach history? Is it possible to analyze them as historical interpretations? What would such analyses reveal about both history and the way it is represented in popular culture? Which game mechanics or approaches to design seem to be better able to promote historical arguments? What factors may impede the representation of the past in games?

The Seminar Explores the past while addressing these questions. It examines six topics in history and plays one game related to them. Topics include: the age of exploration and discovery, the American Revolution, the French Revolution, frontier exploration, slavery, and the American Civil War.

Join the Harold on Games guild on Board Games Geek and leave me a comment with your thoughts and ideas. Thanks to the San Francisco based Jeff Denson for the intro and outro music. Check them out at http://www.jeffdenson.com . Do me the favor of sharing the podcast with a few friends. That will help to get the word out.

The Declaration of Independence 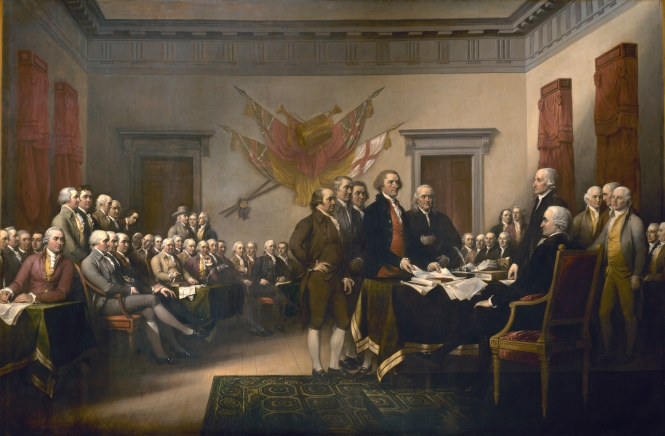 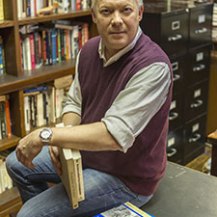 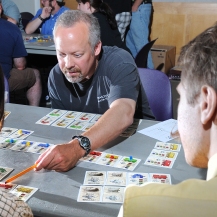 Patrick Rael, center, explains how to play Iron Horses, a game he invented, to Peter Selmayr of Brunswick, right, and Kori Handwerker of Brunswick at the Board Gamers Meetup at the Curtis Memorial Library in Brunswick recently. 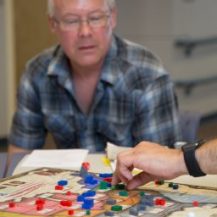 No Longer a Trivial Pursuit: Using Games to Teach History

What If History: Is There Any Validity To Counterfactualism?

The Half Has Never Been Told: Slavery and the Making of American Capitalism

Stamped from the Beginning: The Definitive History of Racist Ideas in America

The Slave’s Cause: A History of Abolition

The Terror by Dan Simmons

Battle of the Bulge