Join the Harold on Games group on Face Book

An interview with fellow gamer Dan Mansfield. We will discuss his YouTube channel Hands on Board Games providing game reviews in American Sign Language, his work in the games industry, and his guidance on gaming with the deaf and hard of hearing.

Dan has been playing games since he was a kid—mostly card games and the usual kids’ games, but also backgammon and chess. He didn’t really consider himself a board game enthusiast until about 10 years ago. Now he plays all types of games, including euros and war games.

When he’s not playing games, he works as an editor, and also enjoys rock climbing and hiking.

Dan and I have been joined today by Daniel, a friend of Dan’s who is a certified American Sign Language interpreter. Although Dan usually lip-reads well and voices for himself, Daniel is with us to help ensure that Dan understands me clearly. So the voice you hear in this podcast is that of Daniel, while the words and thoughts behind the voice are Dan’s. Dan is going to sign his responses and Daniel will voice those comments.

I’ve been told by Dan that interpreting American Sign Language into spoken English not an exact word-for-word translation. Instead, Daniel will use his skill and experience as an interpreter to understand the concepts expressed by Dan in sign language and then convert those signs into spoken English. Daniel’s way of expressing something may not be exactly what Dan would have said if he were voicing for himself, but it will be close. You will hear delays as we all communicate through this chain. 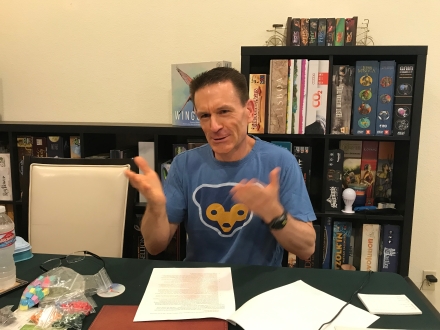 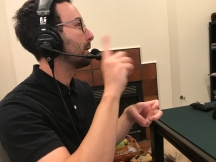 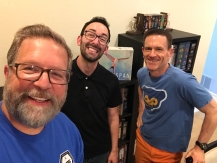 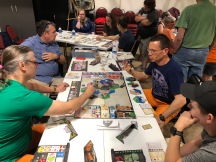 Liberty or Death on Hands on Board Games