iTunes Link: Harold on Games podcast #16 with Gene Billingsley 1 of 2

iTunes Link: Harold on Games podcast #16 with Gene Billingsley 2 of 2

Stitcher Link: Harold on Games podcast #16 with Gene Billingsley 1 of 2

Stitcher Link: Harold on Games podcast #16 with Gene Billingsley 2 of 2

Gene Billingsley on Board Game Geek

PHOTOS FROM THE WEEKEND AT THE WAREHOUSE 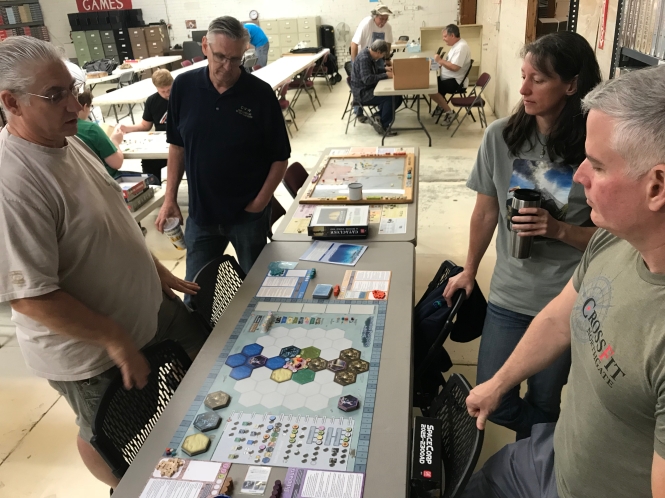 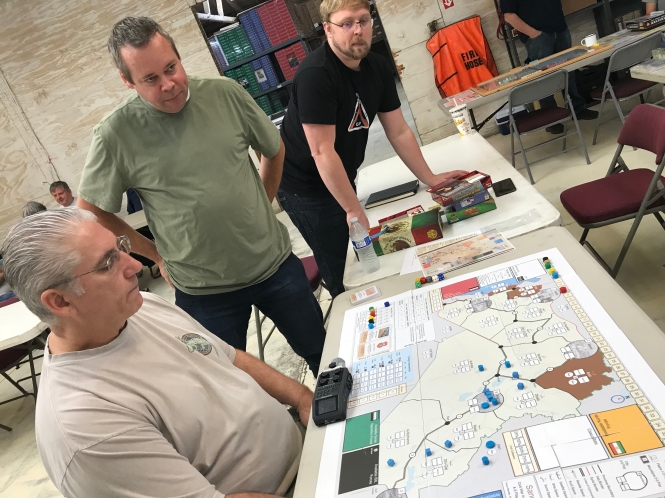 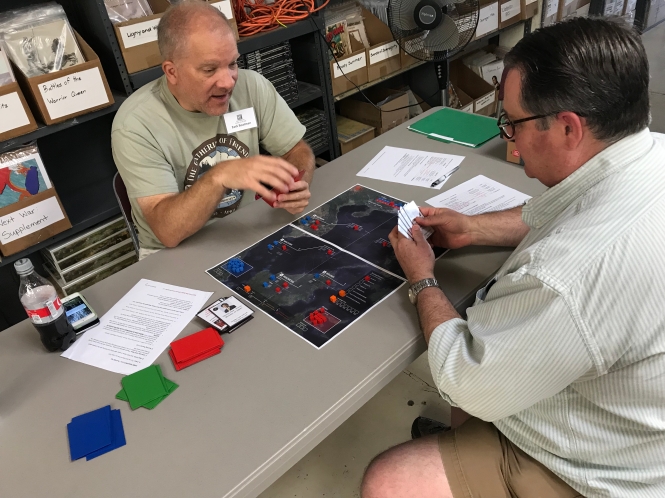 This podcast is offered in 2 parts, and is singularly composed of an interview with GMT Games President, Gene Billingsley.

Gene Billingsley founded GMT Games in 1990. As Avalon Hill turned to computer games and was eventually sold to Hasbro, Gene built GMT into the new home for board wargamers. He started with some of his own designs. These titles garner instant acclaim. Operation Shoestring was nominated for a Charles S. Roberts Award and Silver Bayonet and Crisis Korea won Charles S. Roberts Awards. I’m sure his current design project, Mr. President, won’t disappoint.

As the distribution network for boardgames went into retreat in the 1990s, GMT pioneered the preorder system called P500. It remains the best deal in board wargaming. The system allows GMT to thrive in uncertain waters as customers vote their interest in designs and accelerate the production schedule of the most interesting. Customers get 30% off and can cancel at any time.

I spent a couple of days with Gene during his semi annual Weekend at the Warehouse. We discuss everything from college football and his beloved Sooners to how he encourages designers to develop the breadth of offerings GMT has become known for.
We start the day with Gene cooking me scrambled eggs at his home in Hanford California. While he claims the recipe is from Richard Berg, I doubt it due to the lack of random events.

Thank you for listening. It would greatly appreciate it if you would post a review on iTunes. I will publish some notes and references on my web site conflictsimulations.com. Join the Harold on Games guild on Board Games Geek and leave me a comment with your thoughts and ideas.

Thanks to the Lexington, Kentucky artist Justin Wells for the intro and outro music. Check him out Facebook, Spotify and iTunes.

Pleiku: The Dawn of Helicopter Warfare in Vietnam

We Were Soldiers Once . . . and Young: Ia Drang—The Battle That Changed the War in Vietnam